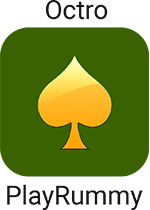 How to Play Rummy Online: Get Started With Few Rummy Rules

Rummy (also known as Traditional Rummy) remains one of the most popular Rummy card games. PlayRummy, India’s most trusted rummy platform, offers you a variants to play and has detailed tutorials to bring out the player in you. Read on to learn rummy rules explained in a detailed. Step-by-step instructions to learn how to play Rummy game online.

What is a Sequence (or Run)?

A sequence is group of three or more consecutive cards of the same suit. There are two types of sequences that are used in 13 card rummy games. A Pure Sequence and an Impure Sequence. To win rummy game you need at least one pure sequence. Know how to play rummy with pure and impure sequences:

Three identical Cards: when playing with three 52-card decks, the three cards of same rank and same suit are treated as pure sequence/run. For example: 9♥ 9♥ 9♥ and J♠ J♠ J♠.

What is a First Life and Second Life?

In a valid declare you must have minimum two sequences. One of the two required sequence must have a pure sequence and the other must have a minimum of 4 cards.

Three identical Cards: the three cards of same rank and same suit are treated as pure sequence/run. For example:  9♥ 9♥ 9♥. This too can be treated as a first life.

What is a Set?

However 7♥ 7♦ 7♦ is not considered a valid set. All cards in a set have to be of different suits. If two or more cards of the same suit are used to make a set of three or more cards, it is considered as an invalid set. (this is applicable in gameplays with 2 or more deck of cards). As you can see two of 7♦ has been used to declare the set.

Impure Set
A set can also be built with a Wild Card or a printed joker. Lets us assume the Wild Card is K♥.

How to Use Joker in Rummy Game?

There are two types of jokers used in rummy.

Wild Joker
At the start of each game, a wild joker card is randomly selected. This card can be used as a replacement to any required card after you meet the requirement of at least one valid sequence.

4♣ 5♣ 6♣ 7♣ - 6♣ has been used to form a sequence. Even though 6♣ is a joker, it’s considered a pure sequence because it belongs to the same suit. (this is possibly the worst placement with a joker considering it is blocked in a sequence reducing its value of wild card)

Printed Joker (PJ)
Printed jokers also serve the same purpose since you can use them to replace any other card to form sets and sequences.

A♣ K♣ PJ J♣ - PJ has been used to form a sequence by replacing in it space of Q♣ . There this is an impure sequence using a printed joker.

Note: If the Printed Joker is randomly selected as the wild joker, then A’s of all suits will become wild jokers. I.e. A♦ A♠ A♣ A♥ automatically become the jokers.

How to Win Online Rummy Game?

When you have arranged all the cards in your hand in proper sequences and/or sets, including one pure sequence, you need to declare the game by discarding one of your cards to the declaring Slot. After that, arrange your cards in proper sequences and/or sets to show them to your opponents and wait for them to show their hands.
Note: Three identical Cards: when playing with three 52-card decks, the three cards of same rank and same suit are treated as pure sequence/run. For example: 9♥ 9♥ 9♥ and J♠ J♠ J♠.

The following is a glossary of terms used in Rummy games.

13 Card Rummy - A standard game of online rummy where 13 cards are dealt to each player which need to be melded into sets and sequences. 2 sequences need to be pure out of which at least one must be of 4 cards. The rest can be arranged into sets or sequences.

101 Pool - A Rummy type in which the Round of games continues until all the players are eliminated and one single player survives without accumulating a total sum of 101 Pool Points. The table is set with a fixed point of entry where the winner takes the entire amount of the table (minus PlayRummy rake).

201 Pool - A Rummy type in which the Round of games continues until all the players are eliminated and one single player survives without accumulating a total sum of 201 Pool Points. The table is set with a fixed point of entry where the winner takes the entire amount of the table (minus PlayRummy rake).

Buy In - The amount of entry or bet fee you need to put in to enter a Tournament or a Pool Table.

Deck - It refers to the pack of cards used in a rummy game. A regular deck has 52 cards and two printed jokers.

Closed Deck - In a typical 13 cards rummy game, the cards that are not distributed are kept face down to form the closed deck.

Open deck - An open deck is formed by the card/s discarded by players. A player can pick the top card from the open deck which is placed face-up on the table.

Ace - In a standard 52 cards deck there are 4 aces; one of each suit (spades, hearts, clubs and diamonds). Ace can be used to make a sequence as Ace-2-3 as well as Ace-King-Queen.

Printed Joker - Apart from the 52 cards of 4 suites, there are two or three printed jokers in a standard 52 cards pack. (PJ)

Play time - There is a time limit in while a player can play their turn. (30 seconds in PlayRummy)

Extra Time - Upon completion of the allotted time frame, extra time is allotted to each player which can be utilized. Once the extra time is over only the play time limit is provided. (30 seconds in PlayRummy)

Declare Time - Once a player has declared each player on the table is provided a time frame to make their declarations. (30 seconds in PlayRummy)

Declare - To make a valid Declaration one must finish arranging their cards in desired sequences and/or sets. In a 13 cards rummy game, you declare rummy by putting the 14th card face down on the discard pile. This card is placed in the finnish slot.

Unarranged Cards - The cards with which a player is not able to make any sets or sequences at the time of declaration are considered as unmatched cards. The losers unmatched card points are calculated and its the point loss which is awarded to the winner.

Scoring - The loser faces a point loss of the unmatched or unarranged cards which they are unable to arrange in any sets or sequences.

Winner - A winner in a rummy game is a player who declares by arranging their cards with valid sets and/or sequences. Also, to win the rummy game, the player has to correctly declare their cards in 2 sequences out of which one has to be pure and the other has to have 4 cards. The winner gets 0 points after winning the hand.

The above mentioned rummy glossary is purely for informative purposes only. The Rules for playing rummy that are applicable to PlayRummy.com rummy games can be found at: Link

We miss you too! But there have been changes in laws & regulations in the State of Andhra Pradesh, Telangana, Tamil Nadu, Assam, Orissa, Nagaland and Sikkim, whereby by law real money games are not allowed and hence we are forced to restrict users from these states to play, participate or register at PlayRummy. We will get back to you whenever there is any change in these laws & regulations. Please follow our social pages to stay in touch with us!

Login with Facebook
By continuing, you accept you are 18+ & agree to T&C